Notice: There are many things that Trump says and does that I don’t support. But there times when he is attacked unjustly. 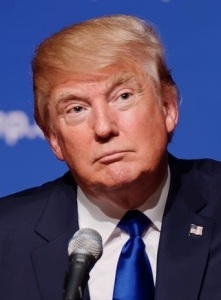 This article claims that President Donald Trump is mocking the homeless and making it trivial. Reading his actual Tweets does nothing of the sort. But when someone else is talking, this person are making claims that he is cutting back on housing, allowing owners to increase rents, etc. Well, where is the source? There is no sources or proposed laws this person points to. What should be mocked are those who claim to be journals and are not!

What Trump did say in his Tweets, to sum it up is, that it’s deplorable of San Francisco to have all this homelessness and that Nancy Pelosi is spending more time on impeachment than dealing with the homeless issue in her own district!

As Christians believers who really know the Bible, there is an answer to this homelessness. This, no one will do, including Donald Trump. To give you a rough outline of what needs to be done is this:

Repent of our sins
Follow God’s laws, including economics

When I say “God’s laws on economics” there are many factors to consider. The major ones are:

There are other things that a nation can do but the above are the major ones. You will not hear this from other alternative news sites or from most White Nationalists – because they don’t really know the Bible and that Yahweh, God has all the answers for us.

I hope to have other articles like this that deal with current problems but also how to SOLVE them. Nearly every knows what our problems are but few know what to do and fewer still willing to put it in writing. Now, all we need is some brave men and women in power to use their influence to put this into action. When this is done, the homeless will be a thing of the past (except for the every few who just will not work), as Jesus that the poor will always be with us. But, we can certainly reduce the number of poor even in this sinful world.

First and foremost I'm a Christian and believe that the Bible is the inspired word of Yahweh God. Introducing people to the Bible through the flat earth facts.
View all posts by revealed4you →
This entry was posted in alternative news and tagged donald trump news. Bookmark the permalink.

3 Responses to Is Donald Trump Really Mocking The Homeless?