The Mark Of The Beast Is Coming 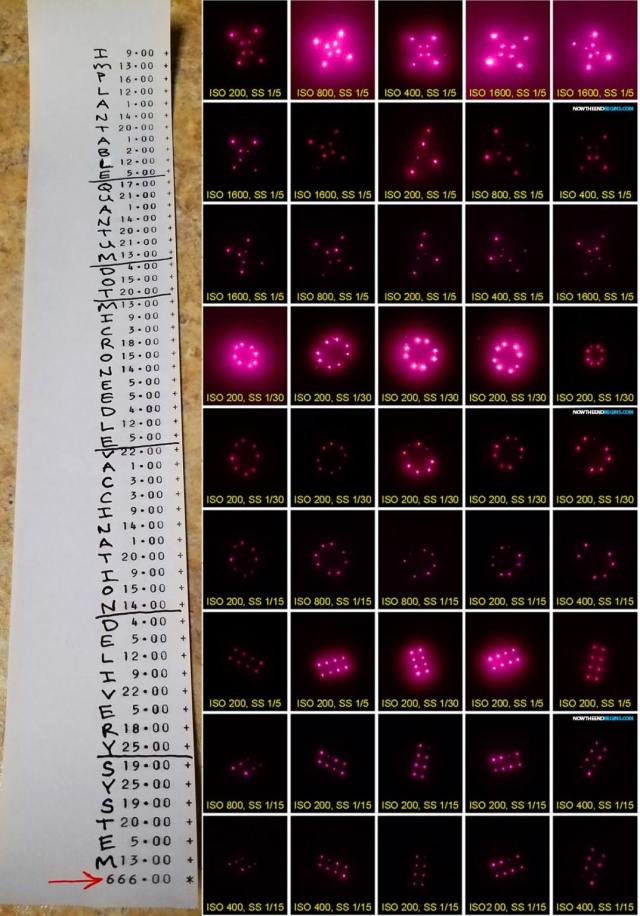 Part of the plan for vaccination against the Wuhan coronavirus (COVID-19) is to inject people with syringes that contain implantable “quantum dot” tattoos, which we reported are a type of microchip that would seem to constitute the Mark of the Beast. And further proof of this comes in the form of the enzyme that Bill Gates has chosen to make it all possible, which has been ominously dubbed “luciferase.”

Over the past few weeks, we have shown you a massive project by Bill Gates that is so all-encompassing that it quite nearly beggars belief. That expression is an Old English term which means something that is so unbelievable that it nearly cannot be believed. The Edomite Communist gulag camps in the Christian Holocaust is a great example of that. When the films of this came to light, it was hard to comprehend such a thing.

According to reports, luciferase will activate these quantum dot “microneedles,” as they are also called, effectively delivering the so-called vaccines into people’s bodies. This “near infrared bioluminescence enzyme luciferase” is what will make the Gates vaccines readable through special mobile device apps that will scan the injection site and identify the “digital certificates,” or proof of vaccination, that Gates and others have been publicly announcing in recent days.

With the help of luciferase, a person’s proof of vaccination will be readable in perpetuity long after he or she was injected with a vaccine for the Wuhan coronavirus (COVID-19). If a digital certificate is present, in other words, that person will be allowed to enter a store to buy food or fly on an airplane. If it is not present, then that person will presumably be turned away and told to go get vaccinated if he or she wants to participate in society.

It becomes clearer with each passing day to those of us who are Bible believers that we are living in a very unique time period. So unique, in fact, that we just might be witnessing the kingdom of Antichrists (plural) and the Mark of the Beast system being assembled before our very eyes.

The sudden rise of Bill Gates and his plans for global vaccine domination are not going unnoticed, even by many in the mainstream media. His agenda is rapidly coming to fruition as states all across the country bait the public into accepting a “new normal” where contact tracing, protective wear, and mandatory vaccination are requirements to participate in the new one world order that is unfolding before our very eyes.

Taking all of this into consideration, it becomes clear that the new world order has arrived. And every individual will be forced to accept this implantable tech, or else be barred from participating in it. This means no job, no food, and no social interactions of any kind unless you agree to take this collective Mark of the Beast in all of its many components.

I went to Google and did a search with the word “luciferas” and there were many sites that came up, including government sites. So, this is no Conspiracy Theory, it is a Conspiracy Fact. It’s a fact that this is happening and it’s a fact that it’s a conspiracy.

You must make your choice: to receive the Mark of the Beast or to be a follower of Christ! There is no middle ground.

First and foremost I'm a Christian and believe that the Bible is the inspired word of Yahweh God. Introducing people to the Bible through the flat earth facts.
View all posts by revealed4you →
This entry was posted in alternative news and tagged alternative news, antichrists, vaccines. Bookmark the permalink.