Mark of the Beast and the Immunisation Certificate

Mark of the Beast and the Immunisation Certificate 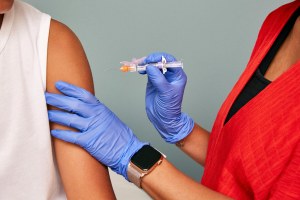 There have been news coverage of pharmaceutical laboratories coming out with a vaccine for this COVID-19. There are also reports about mandatory vaccination shots, and, if you don’t get it you will not be allowed to work, go to public events or even allowed out of your home. I hope that I’m wrong but this is what is on the national news. With that in mind, I thought about “the mark of the beast” and what Revelation says about it.

First, I would like to say that I don’t have the links to give you sources of what I’m about to say, as I want to get this out as soon as possible. If you doubt any, just Google the key words on any topic that I speak about and you’ll come up with a lot of references.

16 And he causeth all, both small and great, rich and poor, free and bond, to receive a mark in their right hand, or in their foreheads:

Bill Gates, who, in effect is the head of the World Health Organisation, said, “The only way to get back to normalcy is if nearly the whole world is vaccinated.” They are his exact words! Therefore, it stands to reason that it will be the rich and poor and anyone in-between. Of course, you know that the rich have ways to get around this.

17 And that no man might buy or sell, save he that had the mark, or the name of the beast, or the number of his name.

We are told in the newspapers that if you don’t have an immunisation certificate, you will not be able to buy or sell. And to get that, you have to have the COVID-19 vaccine.

18 Here is wisdom. Let him that hath understanding count the number of the beast: for it is the number of a man; and his number is Six hundred threescore and six.

There has been a lot of speculation over the past decades as to who this “beast” is but his name apparently totals 666 (by assigning a number to each letter of the alphabet, spelling his name and coming to a total). But I won’t go into that here.

11 And the smoke of their torment ascendeth up for ever and ever: and they have no rest day nor night, who worship the beast and his image, and whosoever receiveth the mark of his name.

12 Here is the patience of the saints: here are they that keep the commandments of God, and the faith of Jesus.

“…who worship the beast and his image, and whosoever receiveth the mark of his name.” Could this be the worshipping of those who obey and does everything that the government tells them to? And, this “mark,” be the mark that the vaccine gives you?

The vaccine for the Coronavirus is not just an ordinary vaccination shot, from what we are told, as some say that it will contain two things in addition to the poison that you’ll be given:

The microchip or something that can be scanned, will contain your whole history, not just your health history. It will also tells the government if you had your latest required vaccination shot.

The artificial gene, so the “scientists” tell us, is that some people’s DNA is different and that is why they don’t get the Coronavirus. The question is, do you want your DNA changed? I didn’t think so.

15 And I saw another sign in heaven, great and marvellous, seven angels having the seven last plagues; for in them is filled up the wrath of God.

3 And they sing the song of Moses the servant of God, and the song of the Lamb, saying, Great and marvellous are thy works, Lord God Almighty; just and true are thy ways, thou King of saints.

How do you get victory over the beast? One simply way is by not taking the mark and not worshipping him. Many Christians say, “I don’t worship the government,” but we know, “Whom you fear is whom you serve,” and isn’t there much fear about this Coronavirus being spread by the government?

16 And I heard a great voice out of the temple saying to the seven angels, Go your ways, and pour out the vials of the wrath of God upon the earth.

2 And the first went, and poured out his vial upon the earth; and there fell a noisome and grievous sore upon the men which had the mark of the beast, and upon them which worshipped his image.

3 And the second angel poured out his vial upon the sea; and it became as the blood of a dead man: and every living soul died in the sea.

Could this sore be on those who have the vaccination shot; that there is some reaction to the vial that is going to be poured out? In fact, we know that vaccines, in general leave a grievous sore. This is more than an ordinary sore. If you have read witness reports or horrible effects that vaccinations cause, these people are ruined for life.

19 And I saw the beast, and the kings of the earth, and their armies, gathered together to make war against him that sat on the horse, and against his army.

20 And the beast was taken, and with him the false prophet that wrought miracles before him, with which he deceived them that had received the mark of the beast, and them that worshipped his image. These both were cast alive into a lake of fire burning with brimstone.

21 And the remnant were slain with the sword of him that sat upon the horse, which sword proceeded out of his mouth: and all the fowls were filled with their flesh.

Kings of the Earth are naturally, the political leaders (and probably those who really call the shots that tell them what to do); they will make war against Christ. Then, there are those who received the mark from the beast. Now, what could this mark be but the vaccination shot, specifically, the COVID-19 shot. And this will really leave a mark – a mark into your DNA! What could be more of a mark than this?

What is his image? I don’t know, but that might be revealed later. But what person do we see more and more with this Coronavirus? And about this person, do not millions of people adore him because of the business he started? That man being Bill Gates, one of the founders of Microsoft!

3 And cast him into the bottomless pit, and shut him up, and set a seal upon him, that he should deceive the nations no more, till the thousand years should be fulfilled: and after that he must be loosed a little season.

4 And I saw thrones, and they sat upon them, and judgment was given unto them: and I saw the souls of them that were beheaded for the witness of Jesus, and for the word of God, and which had not worshipped the beast, neither his image, neither had received his mark upon their foreheads, or in their hands; and they lived and reigned with Christ a thousand years.

5 But the rest of the dead lived not again until the thousand years were finished. This is the first resurrection.

So as not to repeat myself, I’ll just comment on those who received not his mark on their foreheads or hands. You have seen videos of people being scanned with a body temperature reading device on their foreheads. You have also probably seen people swiping their hand under a machine that scans it. This was started a few years ago with people getting chips in their hands. This sounds like what we read in the book of Revelation.

One thing we know for sure about the “mark of the beast,” that you would neither be able to buy or sell, and this is what some government leaders and Bill Gates is talking about right now. It’s a way for them to get conformity without forcing you to take it at gun point. Of course, this gun point might come later on. But this is how the Edomites get things done – by incrementation; this is what they have been doing for hundreds of years to get certain laws passed – by incrementation. So they are doing it with vaccinations.

As my wife and I, we are not taking the mark of the beast no matter what? What will you do?

First and foremost I'm a Christian and believe that the Bible is the inspired word of Yahweh God. Introducing people to the Bible through the flat earth facts.
View all posts by revealed4you →
This entry was posted in alternative news and tagged Corona virus, COVID-19. Bookmark the permalink.