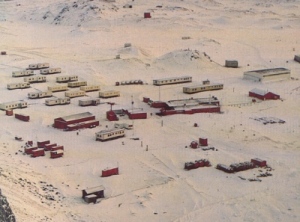 “Even great Astronomers do not always escape erroneous conclusions, and sometimes they have to recant absolute mistakes of reasoning and calculation.”

“ For several thousand years people supposed that the earth was a great platform surrounded by the sea.”

“ They certainly knew nothing of the real shape of the earth.”

“ David who lived a good while before Homer, did not speak of the ‘ round world.’ There is no such word as ‘ round ’ in the original Hebrew, nor in our Bible version of the Psalms.”

“ The common Latin phrase for the earth, ‘orbis terrarum,’ and in the Latin Vulgate Bible, translated ‘ The round world,’ does not mean a globe, but a round disc, or wheel.”

According to the above quotations, astronomers are sometimes erroneous in their calculations, reasoning, and conclusions. Yet, with unproved and unprovable assumptions, they have the audacity to contradict the God-Inspired writers of Holy Writ; and practically deny the cosmica teaching of Moses, and the declarations contained in the Psalms, and in the Prophets ; concerning The Sun, The Moon, The Stars, and The Earth. Thus making the God-sent Messiah (in whom many of them profess to believe), a liar! Disregarding the fact, that this same Messiah, the Prince o f Prophets, and the Coming King of all The Earth, endorsed “ Moses, The- Psalms and The Prophets,” The declaration that for thousands of years, men knew nothing of the real shape of the Earth, is not supported by an atom of proof What do moderns know o f its shape ? They have never been to, and consequently, have never seen, beyond the circumferential ice-barriers, that, surround the southings, and yet they say, “The Earth is a whirling Globe,” We now present our readers with a few sentences, culled frim the Geographical Congress official papers, dated Monday, July 29th, 1895, and also from the London Daily Newspaper reports, of its meetings in its issues of July 30th, “ The sixth International Congress resumed its session yesterday in the Imperial Institute, Section A presided over by Mr. Clement Markham was devoted to.

Dr. G. Neumayer (Hamburg), dealt with the ‘ Scientific Exploration o f the Antarctic Regions.’ He said a liar;— ‘ Any conclusion which may be drawn from records o f Meteorological and hydrographical data, at present in existence, must o f necessity be incomplete and fallacious! It is of high importance, to furnish accurate geodetic data to determine the figure of our globe! A gravity survey would be of the highest importance. The study of the phenomena of ice, the origin and nature o f icebergs…without which it will be difficult to arrive at definite results respecting the various epochs of the earths existence. Connected therewith is the nature of ice-caps, which probably cover the region surrounding the South Pole! The question o f the causes of the variability of geographical latitude { the undulations o f the earth’s axis), will probably be greatly elucidated. He hoped that the grand example set fifty years ago on the field o f South Polar Exploration, might be renewed in our days!”

Sir Joseph Hooker, who was introduced by the Chairman, as the only survivor of Sir James Ross’ Expedition, said :— “ He believed he was right in saying that the key to the future knowledge of terrestrial magnetism, lay very much in the ascertainment of the exact position o f the South Magnetic Pole. We knew nothing of the meteorology of the whole of that enormous area, and could only at the best, make guesses, and assumptions( I) ” We conclude from the foregoing, that it is the modern scientists, and not the ancients, who know nothing of the shape of the Earth. In reference to the great, unpenetrated, southern circumferential ice-barrier, and its unexplored beyond; these “ learned men,” impose upon the world, their weak hypotheses, and vain theories ; their confessed ignorance, guesses and assumptions; and declare there is a magnetic spot or centre, which they term a ‘South Pole’ in order to uphold their whirling Globe theory. But the ‘Geodetic data’ for mysticism is passing away, and the unprejudiced thinking world now ask for witnessing facts, sound knowledge, exact science, and truth!

Clement, the first co-Pastor or co-Bishop o f Rome in his first epistle to the Corinthian Eulesia (included in one o f the ancient collections o f the Canon o f Scripture) writes: “The unfathomable and unsearchable floods o f the deep, are kept by His command; and the conflux (hollow or depth) of the vast sea, being brought together by His order into its several collections, passes not the bounds that He has set it, but as he appointed (commanded), so it does remain. For He said :— ‘ Hitherto shalt thou come, and thy floods shall be broken within thee. The ocean, impassible to mankind, and the worlds that are . beyond it. are governed by the same commands by their great Master.” Chap. ix., 9— 12. Archbishop Wake’s translation.

Until Astronomers, Geographers, and so-called scientists, give us facts for fiction, truth for ignorance, and also discover “ The South Pole,” and its “ Ice-Cap,” all believers in the Deity’s graciously revealed Word, must reject and resist the infidels who practically deny and make void the Holy Inspired Writings ! Clément’s epistle was read in the primitive Ecclesia, an evidence o f its authority. Photius, the Patriarch of Constantinople, in the 9th century, and others, have objected to its genuineness, because Clement speaks of “ Worlds beyond the Seas ! ” The Apostle-taught Clement is a far higher authority than the man-taught Photius ! Scripture and Reason, condemn the learned lumber, of false philosophers, with their guesses, silly senile suppositions and gas-assumptions! These men insist contrary to natural laws, and also contrary to logic; that The Earth is a whirling Globe, going round with other motions, at a terrific rate, carrying on its surface moveable objects, enveloped in rare air ! Simply upon theory and without a single proof!

Beyond the circumferential southern ice-bound oceans Clement declares that the are “Worlds!”

What are, so-called, Christian Hierarchies, with their multitudes of Priests and Parsons doing, that they should allow these infidel Globites to dupe and mislead the people? Is it because they are

mere hirelings!? Either the Bible lies or its opponents! Which? How can there possibly be a “ South Pole,” and an “ Ice-Cap,” to the unknown Circular Southings?

First and foremost I'm a Christian and believe that the Bible is the inspired word of Yahweh God. Introducing people to the Bible through the flat earth facts.
View all posts by revealed4you →
This entry was posted in Arctic Antarctic and tagged antarctica. Bookmark the permalink.
Loading Comments...
%d bloggers like this: