Ways To Reduce Your Risk To EMF Radiation

Ways To Reduce Your Risk To EMF Radiation 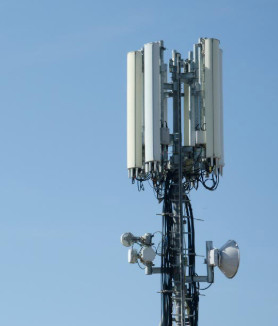 Identify major sources of EMF, such as your cellphone, cordless phones, Wi-Fi routers, Bluetooth headsets and other Bluetooth-equipped items, wireless mice, keyboards, smart thermostats, baby monitors, smart meters and the microwave in your kitchen. Ideally, address each source and determine how you can best limit their use.

Barring a life-threatening emergency, children should not use a cellphone, or a wireless device of any type. Children are far more vulnerable to cellphone radiation than adults due to having thinner skull bones, and developing immune systems and brains.

Research also demonstrates that infants under the age of 1 do not effectively learn language from videos, and do not transfer what they learn from the iPad to the real world, so it’s a mistake to think electronic devices provide valuable educational experiences.

Connect your desktop computer to the internet via a wired Ethernet connection and be sure to put your desktop in airplane mode. Also avoid wireless keyboards, trackballs, mice, game systems, printers and portable house phones. Opt for the wired versions.

If you must use Wi-Fi, shut it off when not in use, especially at night when you are sleeping. Ideally, work toward hardwiring your house so you can eliminate Wi-Fi altogether. If you have a notebook without any Ethernet ports, a USB Ethernet adapter will allow you to connect to the internet with a wired connection.

Avoid using wireless chargers for your cellphone, as they too will increase EMFs throughout your home. Wireless charging is also far less energy efficient than using a dongle attached to a power plug, as it draws continuous power (and emits EMF) whether you’re using it or not.

According to Venkat Srinivasan, director of Argonne Collaborative Center for Energy Storage Science, keeping your cellphone or tablet fully charged at all times will also reduce the life of the battery, which will necessitate the purchase of a brand-new phone.

As a lithium ion battery charges and discharges, ions pass between a positive electrode and a negative electrode. The higher the battery is charged the faster the ions degrade, so it’s better to cycle between 45 percent and 55 percent.

Shut off the electricity to your bedroom at night. This typically works to reduce electrical fields from the wires in your wall unless there is an adjoining room next to your bedroom. If that is the case you will need to use a meter to determine if you also need to turn off power in the adjacent room.

Use a battery-powered alarm clock, ideally one without any light. I use a talking clock for the visually impaired.

If you still use a microwave oven, consider replacing it with a steam convection oven, which will heat your food as quickly and far more safely.

Avoid using “smart” appliances and thermostats that depend on wireless signaling. This would include all new “smart” TVs. They are called smart because they emit a Wi-Fi signal and, unlike your computer, you cannot shut the Wi-Fi signal off. Consider using a large computer monitor as your TV instead, as they don’t emit Wi-Fi.

Refuse a smart meter on your home as long as you can, or add a shield to an existing smart meter, some of which have been shown to reduce radiation by 98 to 99 percent.

Consider moving your baby’s bed into your room instead of using a wireless baby monitor. Alternatively, use a hard-wired monitor.

Replace CFL bulbs with incandescent bulbs. Ideally remove all fluorescent lights from your house. Not only do they emit unhealthy light, but more importantly, they will actually transfer current to your body just being close to the bulbs.

When using your cellphone, use the speaker phone and hold the phone at least 3 feet away from you. Seek to radically decrease your time on the cellphone. Instead, use VoIP software phones that you can use while connected to the internet via a wired connection.

Avoid using your cellphone and other electronic devices at least an hour (preferably several) before bed, as the blue light from the screen and EMFs both inhibit melatonin production.83,84 If you must use your phone make sure you have the blue light filters activated and have it in dark mode.

Research clearly shows that heavy computer and cellphone users are more prone to insomnia.85 For example, one 2008 study revealed that people exposed to radiation from their mobile phones for three hours before bedtime had more trouble falling asleep and staying in a deep sleep.

The effects of EMFs are reduced by calcium-channel blockers, so make sure you’re getting enough magnesium. Most people are deficient in magnesium, which will worsen the impact of EMFs. As noted by Pall in a previous interview:

“It is clear that when you’re deficient in magnesium, you get excessive activity of the VGCCs. You also get excessive calcium influx through the N-methyl-D-aspartate receptor, caused by magnesium deficiency, which is also problematic, so it’s important to allay that deficiency.”