History of Astronomy From The Roman Empire To The Present, part 14

History of Astronomy From The Roman Empire To The Present, part 14 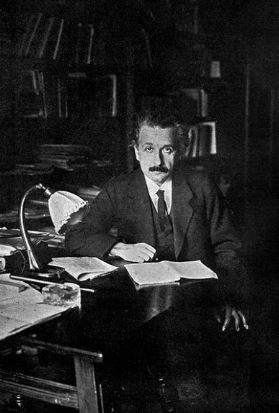 The Theory of Relativity is so complicated, that when it first came to the public notice it was said that there were probably not more than twelve people in the world capable of understanding it. But public interest was aroused, partly by the novelty of Einstein’s hypothesis, and partly by the spectacular manner in which it had been received by the British Royal Astronomical Society on the night of November 6th, 1919, until Mr. Eugene Higgins, of U.S.A., offered a prize of 5,000 dollars for the best explanation of relativity, in the form of an essay, describing it so that the general public could understand what it was all about.

The prize was won by Mr. L. Bolton, London; and his essay can be found in the Scientific American (New York and London), June 1921, and also in the Westminster Gazette, London, June 14th, 1921. The editor of the Gazette found it necessary to remark, when publishing the essay, that “ Our readers will probably agree that even when stated in its simplest form it remains a tough proposition.”

That is just the trouble with it. It is about as far removed from ordinary “fact” and “plain English” as it is possible for anything to be; indeed it is so intangible that it may well be that Einstein can form a mental picture of it himself, while he is at the same time unable to convey his meaning to others through the medium of ordinary language.

The thing is elusive; abounding in inference, suggestion, half-truth and ambiguity; wherefore it follows that any discussion of it, such as we propose to enter upon, must of necessity be almost equally refined. It might seem tortuous to some readers, and yet be like a very entertaining game of chess to others; while it certainly will be useful to those who are willing to traverse the long and difficult labyrinth that leads to truth.

Relativity is clever; but it belongs to the same category as Newton’s Law of Gravitation and the Kant-Herschell-Laplace Nebular Hypothesis, in as far as it is a superfine effort of the imagination seeking to maintain an impossible theory of the universe in defiance of every fact against it. . . . Let us see what we can do with it.

First, we will let Professor Einstein himself tell us what he means by Relativity, in the words he used in the opening of his address at Princeton University, U.S.A.

“What we mean by relative motion in a general sense is perfectly plain to everyone. If we think of of a wagon moving along a street we know that it is possible to speak of the wagon at rest, and the street in motion, just as well as it is to speak of the wagon in motion and the street at rest. That, however, is a very special part of the ideas involved in the principle of Relativity.”

That would be amusing if we read it in a comic paper, or if Mutt and Jeff had said it; but when Professor Einstein says it in a lecture at the Princeton University, we are expected not to laugh; that is the only difference. It is silly, but I may not dismiss the matter with that remark, and so I will answer quite seriously that it is only possible for me to speak of the street moving while the wagon remains still— and to believe it— when I cast away all the experience of a lifetime and am no longer able to understand the evidence of my senses; which is insanity. . . . Such self-deception as this is not reasoning; it is the negation of reason; which is the faculty of forming correct conclusions from things observed, judged by the light of experience. It is unworthy of our intelligence and a waste of our greatest gift; but that introduction serves very well to illustrate the kind of illusion that lies at the root of Relativity.

Throughout the whole of his theories there is evidence that Einstein was thinking almost entirely of their application to astronomy, but it was inevitable that this should involve him with physics, so that he had then to engage upon a series of arguments intended to show how his principles would work out on the plane of general science. The first may be said to be the motive that inspired him; while the second consists of complications and difficulties which he could not avoid. . . . And when he suggested that the street might be moving while the wagon with its wheels revolving was standing still, he was asking us to imagine that in a similar manner the earth we stand upon might be moving while the stars that pass in the night stand still. It is a Case of Appeal, where Einstein appeals in the name of a convicted Copernican Astronomy against the judgment of Michelson – Morley, Nordmeyer, physics, fact, experience, observation and reason. We, on the other hand, are counsel for the prosecution, judge and jury.

Under the general heading of Relativity, Einstein includes an assortment of new ideas— each of which depends upon another,— and each of which contributes to support the whole. He says that there is no ether, and that light is a material thing which comes to us through empty space.

Consequently light has weight, and, therefore, is subject to the law of gravitation, so that the light coming from a star may bend under its own weight, or deviate from the straight line by the attraction of the sun, or of any other celestial body it has to pass in its journey to the observer on earth. . . . In that case it follows that no star is in reality where it appears to be, for it may be even as suggested in diagram 26. . . Consequently the heavenly bodies may be much further away than they have hitherto been supposed to be, and every method which is based upon the geometry of Euclid and the triangulation of Hipparchus will fail to discover the distance to a star; because its real position is no longer known. Wherefore Einstein has invented a new kind of geometry, in order to calculate the positions of the stars by what is nothing more or less than metaphysics.

We have always been accustomed to measure things by the three dimensions of Euclid— length, breadth and thickness, but Einstein (thinking of astronomy), says that “ Time ” is a Fourth Dimension ; and proposes that henceforth things should be measured on the understanding that they have four dimensions— length, breadth, time, and thickness.

The introduction of “time” as a fourth proportion of things makes it necessary for him to invent a number of new terms, and also to change the names of some of those that we already know and commonly use, thus, for example— “Space” is changed to “Continuimi,” while a “point” is called an “event,” time— as we have always understood it— no longer exists, and is said to be a fourth dimension ; while there are no such things as “infinity” or “eternity” in relativity.

That is the case for Einstein. It is the essence of his Relativity, clearly stated in plain English. The details of it represent an immense amount of labour of a refined character, the whole thing is very imaginative, and the work of an artist in fine-spun reflections; indeed, it is of that double-distilled intricacy which finds favour with those who like mental gymnastics and hair-splitting argument; and are fond of marvellous figures.

But I can conceive that in the course of time this Relative Phantasmagoria might come to be regarded as science, and be taught as such to the children of the near future; and that is to be prevented only by dealing with it now! which I will do, though I grieve to give so much space to a matter which only calls for it because it is pernicious.

First and foremost I'm a Christian and believe that the Bible is the inspired word of Yahweh God. Introducing people to the Bible through the flat earth facts.
View all posts by revealed4you →
This entry was posted in astronomy and tagged astronomers, astronomy, flat earth and astronomy, history of astronomy. Bookmark the permalink.