Who is changing the beliefs and morals of Patriots today?

Who is changing the beliefs and morals of Patriots today? 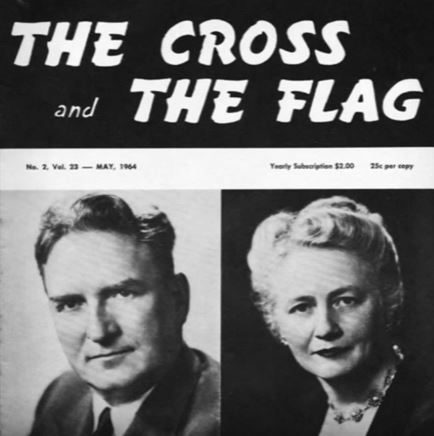 How the beliefs of Patriots today is different from those of years ago.

If you have been in the Christian/Patriots movement for many years, you’ll know that there is a change in the beliefs and morals of people who say they are fighting for freedom. And this should not be IF we are standing for the truth. After all, truth never changes but lies do.

Old time Patriots were not afraid to say they were Christian but now you’d think this would be a taboo word. You hear the big name Patriots of today say, in one video, that they are Christians. They make this brief comment, then talk on other subjects and NOT bring up the word Christian, Christ or the Bible for many broadcasts. Why is it? Are they afraid that they might offend some agnostic person that’s a supporter? Or are they afraid to offend someone of another religion, such as the Jews? This was not say many years ago. Right-wing leaders of years ago would often call on the name of Christ several times in each talk but you don’t hear that today. So, how Christian are they?

There is some variation, of course, but basically, CP of years ago believed in:

There are more topics but this is enough for now.

The Christian/Patriots of today believe (with exceptions of course):

If you don’t know what CP believed in, then get your hands on old literature – if you can – of those who were in the freedom movement of, say, 50 years ago and find out more.

Yes, I know there are variations of the above beliefs but what I listed above do represent many people who call themselves Patriots. The thing I want to bring to your attention is that changes have been made in beliefs and this is not a good thing. After all, aren’t we all fighting for the truth? And, do you agree, that truth never changes? We agree that lies change but we are fighting against lies. So, how and when did this change come about? It did not come about from old CP as they would have told them why they believe in what they do. Therefore, the enemies of Christ had to have slipped in to make the changes.

How can changes be made in the basic beliefs of CPs? My thoughts are this, now, I might be wrong but it makes sense. You promote some people who look and talk against the System and do have some good articles and videos. Then you promote them, give them the money they need so they become the “leader” and “spokesperson” of the political right.

“Repeat, rinse and wash” with another person who books himself as a Patriot. Make their name big, make a great website for them, have great internet marketing and before you know it – everyone is saying they are the leaders. Then, with the leaders established and expressing the morals that the enemies of Christ want them to express, others will more likely take the cue and repeat the same thing. For those that don’t, the “leaders” will tell you they are not Patriots but are fakes or just another extreme faction of the right-wing.

With the internet it’s much easier to spread false information around and it costs less, too. But I assure you that the morals that is expressed by the “big-wigs” in the political right are NOT what was expressed years ago.

The Communist murdered, Vladimir Lenin, said (paraphrasing), “If you want to control the opposition, you become the opposition.” Of course, you are really not acting against your own interest but just misguiding those who are, so your enemies will not be successful.

I can write more on this but it will have to be for another time. I just wanted to get his off to you now. And what prompted me doing this is, that just the other day Alex Jones was in the UK Daily Mail online version, saying, “that Alex Jones is a character actor” – this, according to the lawyer for Jones’ ex-wife. And, his ex-wife said that “Alex Jones is unstable.” Interesting!

First and foremost I'm a Christian and believe that the Bible is the inspired word of Yahweh God. Introducing people to the Bible through the flat earth facts.
View all posts by revealed4you →
This entry was posted in False Preachers, mind control and tagged Important News, mind control. Bookmark the permalink.