Who Is The Antichrist?

There Are Billions Of Antichrists! 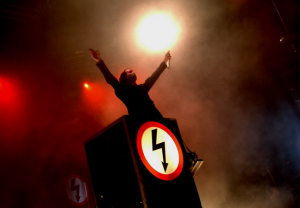 One of the biggest things that is talked about among Christians is, “Who is the Antichrist?” You even have non-Christians talk about this and Hollywood making films about the antichrist.

For many years we have had so-called Christian scholars tell us who the Antichrist is. Hundreds of years ago it was the reigning Pope; more recently we were told it was Hitler.

The fact of the matter is that there is no Antichrist – meaning one person who will rule everyone else. Here are the facts from the Bible:

The word “antichrist” is always used in the plural sense. Example:

Here we learn that there are many antichrists – and this was back 2,000 years ago. Also, anyone who denies that Jesus is the Christ is antichrist.

Here are two more verses with the word “antichrist” in it. Outside of this there are no other Bible verses.

And every spirit that confesseth not that Jesus Christ is come in the flesh is not of God: and this is that spirit of antichrist, whereof ye have heard that it should come; and even now already is it in the world. (1Jn 4:3)

For many deceivers are entered into the world, who confess not that Jesus Christ is come in the flesh. This is a deceiver and an antichrist. (2Jn 1:7)

The Bible makes it clear who is an antichrist, and that is ANYONE WHO DENIES JESUS IS THE CHRIST. This includes:

Therefore, there are a couple of billion people in the world who are antichrist. It’s not one person but many. And, these antichrists did not enter into the world in the 21st Century but were here since the time of Christ.

I think that the reason why someone or group wanted Christians to believe that there was AN Antichrist is to throw the spotlight off them and focus it on one person – while all the other antichrists are going about trying to destroy Christians. Therefore, it’s not just the Pope, not just a Rothschild but anyone who denies that Jesus is the Christ is an antichrist.

And, yes, this includes other flat earthers who do not believe in Christ (and we know who they are).

First and foremost I'm a Christian and believe that the Bible is the inspired word of Yahweh God. Introducing people to the Bible through the flat earth facts.
View all posts by revealed4you →
This entry was posted in Bible Studies and tagged Bible study. Bookmark the permalink.