Biblically We Are to Expose Evil Doers

As flat earth believers we have been exposing those who say the earth is a globe. The objects that we get are from people who simply don’t believe – for one reason or another. Otherwise, there is no objection. We might be called “nuts” or something but not much more. However, if you are to expose those who have another belief, i.e., another religion, then hatred comes out on the other side. So, let’s read what the Bible has to say about this. 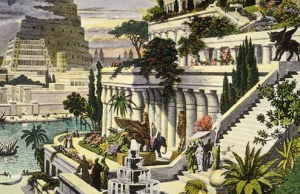 There is much talk today about “tolerance” and getting along with others in the world. Should we, as Christians, have fellowship with unbelievers? Here is what we read in Ephesians.

Neither filthiness, nor foolish talking, nor jesting, which are not convenient: but rather giving of thanks. (Eph 5:4)

For this ye know, that no whoremonger, nor unclean person, nor covetous man, who is an idolater, hath any inheritance in the kingdom of Christ and of God. (Eph 5:5)

Let no man deceive you with vain words: for because of these things cometh the wrath of God upon the children of disobedience. (Eph 5:6)

Be not ye therefore partakers with them. (Eph 5:7)

It has been common in our respective nations that we have ex-drug addicts talking to groups of Christians. We have prostitutes go to the schools and tell children about their life; we have homosexuals doing the same thing. But we are told in the Bible that we should not be part takers with them.

For ye were sometimes darkness, but now are ye light in the Lord: walk as children of light: (Eph 5:8)

(For the fruit of the Spirit is in all goodness and righteousness and truth;) (Eph 5:9)

Proving what is acceptable unto the Lord. (Eph 5:10)

And have no fellowship with the unfruitful works of darkness, but rather reprove them. (Eph 5:11)

This is what we are to do: reprove them. Are we doing this in our nation today? No. we are told that this is being bigot in some way or that we are haters.

For it is a shame even to speak of those things which are done of them in secret. (Eph 5:12)

This “shame,” as used in Old English, means that it’s what is being done is a shame; it’s a shame that we have to talk on it but talk on it we have to DO. How else are people going to be corrected? How else are they to be warned? When talking about the nation, people have to be made aware of this. From an evil person’s point of view, from the “Controllers,” they don’t want you to talk about it. That is why they label us with all these names that are suppose to make us frighten, to make us back off.

The two things that we have to do is: 1 – have no fellowship with them; 2 – but to talk to them about the problem they have.

Society today would want you to listen to them; to have sympathy with them. We are told that they have their “rights” to their lifestyle – if it’s homosexuality, for example. If it’s a national problem, for example, Muslim immigration, we are told that we are “racist,” or xenophobic if we tell others that biblically these people should not be in our nation. So, what do Christians do? They keep silent on the subject. At most, they would talk that it’s wrong for another reason, such as the burden on our national budget.

There is an old saying that goes, “You don’t bring a pig into your living room and expect the living room to remain clean.” Or, “If you lay down with dogs you can expect to get flees.”

Many years ago a man by the name of Rosenbaum ran a half-way house for drug users but he also had kids come there that had no drug problem at all who were exposed to this. This is not reproving the drug addicts AND it’s exposing good people to this lifestyle.

An old TV series came to mind that was called “Miami Vice.” Have you ever seen this? For older Americans, they recall it. The star was an actor named Don Johnson and it was about the vice squad in Miami that chased drug dealers. First, the show looked cool with fast boats and beautiful women. It showed millionaire drug dealers in their Mercedes and Lamborghinis. Then, about the last 10 minutes of this one hour program it show them being shot or going to prison.

What did this “Miami Vice” show? What was the real message it got across to the people? The great lifestyle they had! It was not the devastation it does to people’s lives, but the “millionaire life” was what was portrayed in the minds of millions of viewers. This is the insidious way that evil people work.

Some people think that the only thing to do is become a hermit, move to the mountains and just live among nature. Well, this is not what Ezekiel did. If you recall, he lived when Israel was in the Babylonian captivity. Well, the former Christian nations are in captivity today, too. We might not have been removed to another land but we are captive in our own land. Thus, we should be doing the same thing that Ezekiel done.

What do most people do today? Mainly, they usually keep their mouth shut and don’t say anything. Others might try to tell those that are doing wrong WITHOUT the word of God.

But all things that are reproved are made manifest by the light: for whatsoever doth make manifest is light. (Eph 5:13)

Wherefore he saith, Awake thou that sleepest, and arise from the dead, and Christ shall give thee light. (Eph 5:14)

See then that ye walk circumspectly, not as fools, but as wise, (Eph 5:15)

Redeeming the time, because the days are evil. (Eph 5:16)

The days are really evil – they can’t get any more evil than what they are (at least I hope not).

What makes manifest makes light, you can’t reprove people without the Word. That is why the darkness is getting darker and darker. Reprove them by the Light, by the Word. Awake thou that sleepth and Christ will give you the Light. Without the word it’s like being dead of being asleep;

how can you tell anyone in Washington what they are doing wrong without the Word of God?

First and foremost I'm a Christian and believe that the Bible is the inspired word of Yahweh God. Introducing people to the Bible through the flat earth facts.
View all posts by revealed4you →
This entry was posted in Bible Studies and tagged babylon. Bookmark the permalink.