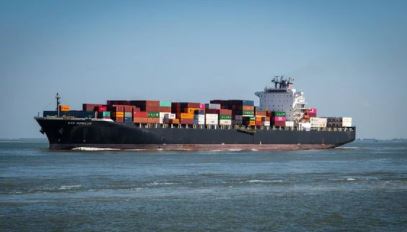 There is a verse in the Bible that I don’t recall but it says that the merchants of the Earth shake their heads in disbelief. This is happening to day. And what nation is that? Now, after 2,000 years since it was written in the book of Revelation that we know it’s America.

10 Standing afar off for the fear of her torment, saying, Alas, alas that great city Babylon, that mighty city! for in one hour is thy judgment come.

11 And the merchants of the earth shall weep and mourn over her; for no man buyeth their merchandise any more:

America, unfortunately is doing things that even makes the other nations shake their heads. There is a deliberate policy of not allowing ships to unload. Which, also means, they can’t load up with goods that are produced in America.

Other nations are exporting and importing goods but not America. Don’t believe the lies that this is world-wide. I am in contact with people in about 8 countries and I found out that there are plenty of goods in their shops. Anything that they are short of, are, in most probability, from the US.

For example, I have seen pineapples on sale in the UK that came from Costa Rica. Now think of this, the ship that brings this in also brings in other goods from other countries. And when they drop off goods in the UK, they also have other countries that they have goods for. Container ships do not make one trip from one nation and drop off in another. In other words, other ports of entries are not closed due to Covid or worker shortage – at least not now. I say, not now, as a day will come when the terrible effects of the injection takes place.

If you owned a cargo ship and found out you can’t unload, you will not send the ship back again. Naturally, you won’t be able to pick up any merchandise to take back. Thus, as we read, “…for no man buyeth their merchandise any more:…”

This prophecy is one of many, many proofs that the Holy Bible is true.

First and foremost I'm a Christian and believe that the Bible is the inspired word of Yahweh God. Introducing people to the Bible through the flat earth facts.
View all posts by revealed4you →
This entry was posted in Uncategorized and tagged Revelation prophecy. Bookmark the permalink.