Use of mass hypnosis is successfully and relentlessly employed so often–in marketing, politics, warfare, science, religion–for example, that few people are even aware that they have been hypnotized at one level or another. 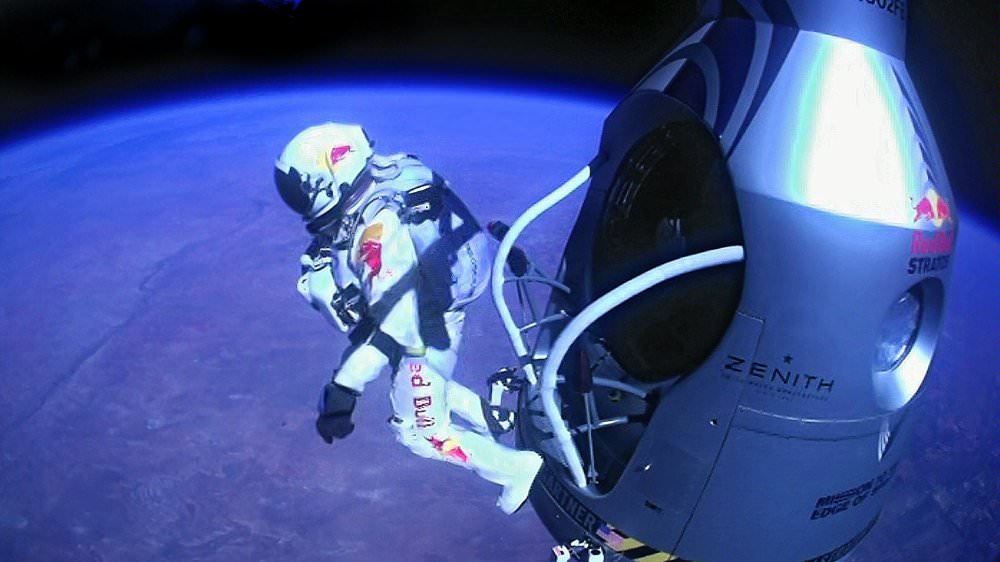 To be successful at hypnotizing masses of people, a message has to connect with something they want, or believe in, or can identify with. Whether it be Patriotism, a Soda, Global Warming, WMDs, Security, Religious Doctrine, TV Commercials, etc, –or “news” about “Space Science”–we are all jerked around at some level by Mass Hypnosis. Endless Repetition is an essential element for success, of course.

Sometimes these messages can appeal to our better natures and be good, or at least, not real bad. But, more often than not, it seems, we get sucked into supporting and defending financially, physically, emotionally, intellectually, something that we know very little about, and is hurtful and destructive to our whole well being. This kind of hypnosis can conquer the mind and is very hard to root out EVEN when exposed.

In that last category we all have before us a phenomenon wherein people’s minds worldwide have been conquered by clever and relentless applications of Mass Hypnosis. What we want to identify here and now is a very specific example of Mass Hypnosis which is demonstrably in virtual control of the foundation of the whole world’s knowledge. Indeed, this extraordinarily Dark Side of Mass Hypnosis is firmly in control of the world’s “textbook knowledge” about the origin of all that exists. The ultimate testimony to the power of this specific application of Mass Hypnosis can be seen in the hard truths it violates in every one of its lies. 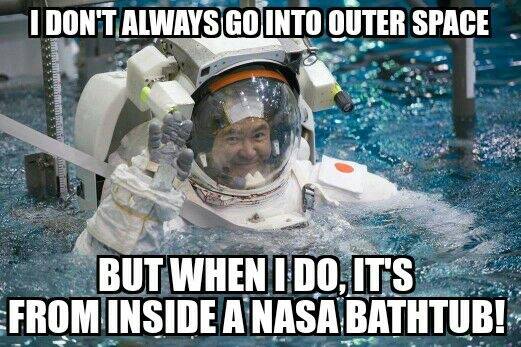 These repressed Truths reveal that this most virulent strain of Mass Hypnosis is embedded in today’s fact-free “Space Science” which is: a) Contra-scientific by definition; b) Based entirely on assumptions; c) Violates ALL observational/ empirical evidence; d) Not “secular” science, as claimed, but is derived concept for concept from the Pharisee Religion’s “holy book” Zohar/Kabbala.

Make no mistake; the very foundation of all of mankind’s “knowledge” depends on what is believed to be the Truth about the Origin of all that exists. No one can go further back than the beginning in a search for the True Origin of all that exists. Therefore, whatever one believes is the Truth about the Origin of Everything automatically becomes the foundation upon which all other “knowledge” is processed.

Given those FACTS, let’s start by discovering why it is that every University and Library and News Organization in the world testifies 24/7 that the Truth about this foundational Origins knowledge has been settled by “Space Science”:

First–even in Search Engine and Encyclopedia Accounts–we see that ALL histories of science affirm that–beginning in 1543 with the Copernican Model of a rotating, orbiting Earth–“The Copernican Revolution” launched “The Scientific Revolution”. Between then and now–with the help of Kepler, Galileo, Newton, Darwin, Einstein, Sagan, Schroeder, et al–those Revolutions have established a “Scientific Paradigm”–i.e., a “Scientific MOLD” into which all science must fit. That MOLD is Space Science’s Big Bang Paradigm of c.15 billion years of Evolutionism.

So we are dealing with these TWO FACTS: 1) Acceptance of Space Science’s Model of a rotating, orbiting Earth is viewed as scientific fact at all levels of education around the world. 2) All substantive resistance to the Big Bang Evolutionary Paradigm in the world’s Universities, News Outlets, and Religions has also ended.

Thus–insofar as “Space Science” and its role in hypnotizing masses of mankind with the ruling Big Bang “Origins Paradigm” is concerned–control of the Origins foundation of all knowledge–through NASA largely–rules the “sciences” today.

Since there is not the first fact in either the purely mathematical Copernican Model or in the Big Bang Evolutionary Model, their conquest of the Origins Foundation of all of modern man’s knowledge can only be explained as the mass acceptance of pure deception over observationally certified facts which cancel the deceptions. As noted, this sort of Mass Hypnosis is readily acknowledged in marketing, politics, warfare, etc. But so universal has been the replacement of demonstrably “True Science”–both terrestrial and extra-terrestrial–with the Idolization of demonstrably fraudulent deceptions of this magnitude, that its success can only be attributed to Mass Hypnosis.

But what motives could be behind such deception? What power could lead it to virtual conquest of the foundational truth of the Origin of all that exists?!

1st: The entire motive is religious. Every single component of both the Copernican Model and the Big Bang Model is derived from long-secret teachings from the Pharisee Religion’s Kabbala. All of those teachings predate the Copernican Model by centuries. Using a 42 letter name for g’d, 1st century Kabbalist HaKanna said the universe was 15.3 billion years old. 13th century Kabbalist Nachmanides wrote of a rotating earth, relativity, a “big bang”, expanding universe. Kabbalist Isaac Luria codified all this before his death in 1572. Each concept has been put into the books by Kabbalist-friendly “theorists” Einstein, Bohr, Gamow, Penzias, Sagan, etc., (and a couple of Gentiles) to give us today the Pharisee Religion’s “Origin Model”.

Until c.1990 the world had not known that the Copernican Model and the Big Bang Model are both part of the Pharisee Religion’s alternate “creation scenario” set forth in its Kabbala. From Copernicus until the present, both of those Models have always been and continue to be presented to the world as “secular”–i.e.,–non-religious theoretical science. This has been and now is pure deception.

Once it is understood that this monumental deception–which has culminated in the Big Bang Evolution Idol– is an alternate Creation Model of the Christ-hating Pharisee Religion, the motive behind it all becomes crystal clear. That Religion’s masquerade as “secular theoretical science” has enabled it to deceive the world with its 15 billion year evolutionary “Origin” of the universe, the earth, and mankind, while all the time this Religion’s control of “Science” has been kept totally secret!

That Religion’s “Talmud/Kabbala holy books”–with their author Satan as their admitted power source–have nearly achieved their goal of destroying the Credibility of the Christian Religion’s Holy Book, the Bible and its Messiah. This achievement translates into the destruction of the credibility of Jesus Christ, the same goal that the same Religion had at the Cross 2000 years ago.

Satan’s formula for bringing about this destruction has been simple and focused. It has been implemented by the Pharisees with the assistance of those who call themselves Jews and are not (Rev. 2:9; 3:9). All that was needed was to replace the no evolution at all Biblical Creation Account of the Universe, Earth, and Mankind with the Kabbalist Big Bang “creation account” of 15 billion years of evolution.

When that fall occurs (“one hour” after a Global Government is seated: Rev. 17:12; 13:2b-8; 18:2; etc.) the whole world will know that a Satan-imposed Mass Hypnosis has been behind the Pharisee Religion’s successful masquerade as “secular theoretical science”. This Hypnosis has planted the contra-scientific Big Bang Evolution Idol in modern man’s history and knowledge and all its social and spiritual manifestations.

Subsequently the whole world will know that the Bible’s Father God and His only begotten Son have fulfilled their infallible WORD to that point in time. It will also be clear that what remains of this world’s history will likewise unfold exactly as written. All false church doctrines, [See: Creationists End Time Doctrine] all false religions, along with all false science will be Revealed during that same Fall of Babylon time frame (c.2-3 months).

The Copernican Lie is the keystone holding up Satan’s Babylon.[See: Keystone] When that Lie is exposed, Satan’s beguiling hypnotic deceptions are Revealed and his entire edifice built on those hypnotic deceptions Falls. The time frame for Babylon’s Fall begins “one hour” (2-3 months) after a Global Government is seated (Rev. 17:12; 13:2b-8).

Biblical Truth is the wrecking ball that smashes Satan’s edifice of deceptions built on false science. Christian Churches will learn how Satan has used their abandonment of the non- moving earth Scriptures to destroy the credibility of the Bible. Then their “end time” hypnosis rooted in 12th, 13th, 16th, 20th, & 21st century Pharisaic Zionism will crumble too.

First and foremost I'm a Christian and believe that the Bible is the inspired word of Yahweh God. Introducing people to the Bible through the flat earth facts.
View all posts by revealed4you →
This entry was posted in Uncategorized and tagged brainwashing, junk science. Bookmark the permalink.