International Bankers and the Flat Earth 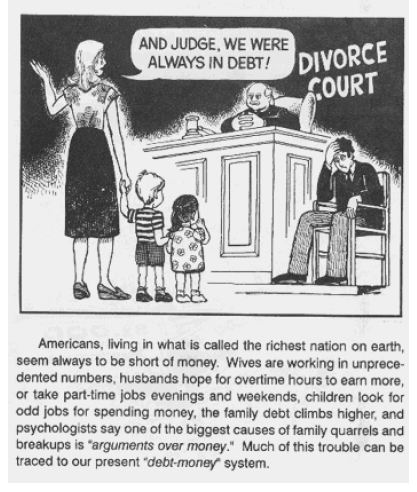 International Bankers and the Flat Earth

One of the biggest crimes committed on Christians is that of charging interest on money. The Bible uses the word “usury,” so what modern preachers AND bankers say is that “We don’t charge usurious rates, we have interest – this is different.” Well, it is is not, as the Bible clearly states “an increase.” Find out what usury/interest does to a nation in this easy to understand booklets on the subject. You will never look at a Banker the same way!

You might be asking what does this do with the flat earth? First, I would like to say, which I said before, is that our people should know that there is more than one massive conspiracy going on. When we know what lies are being told us, we can prepare accordingly. As far as the flat earth, if you haven’t read the booklets below, I highly recommend you do, then you’ll better understand what I’m about to say.

We all know that NASA received billions of US tax dollars each year. I heard a recent figure of $13 billion. As a banker, the more that the government borrows the more money they make – naturally. Since the US government can’t pay its loans, this interest is carried over each year. In short, the Bankers make even more money. Now, as far as the money that NASA borrows, the Banksters (similar to gangsters) like the people are told the earth is a globe, otherwise, there would be no agency such as NASA. And, the same can be said by other space agencies in Europe, Japan and China. Naturally, the Bankers probably really believes the earth is a globe. But if the the world woke up to learn that the earth is flat, all of these government space agencies will cease to exist, thus, the profits for the International Bankers will be that much less. Yes, it’s small in the total sum of what is borrowed but it does contribute to the total that is borrowed.

Note: Be sure to check Other Conspiracies tab on the Home page. More will be added in the future.

Billions for the Bankers Debts for the People

Merchants of the Earth