When People Just Don’t Get It

When People Just Don’t Get It

Whatever topic you discuss of a controversial nature you get people who just don’t get it. So, what do you do? It depends how the conversation goes. When talking about the flat earth, for example, if they are sincere, willing to learn, ask honest question, and willing to read or view videos, then continue talking to them. 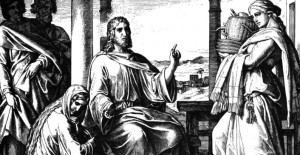 When people come to a flat earth website such as you are on now, they don’t even bother to read the ton of articles and watch the videos that are posted here. Instead they shoot off their mouth instead of first reading what we believe in. If they had taken the time to read, they would not ask such questions. But you see, that requires work, that takes time, that requires thinking outside of ‘political correctness’. This, they don’t want to do. So, they think that by writing some nonsense, they can convince you of the super magical power of ‘gravity’ that explains everything, such as: why we don’t feel the wind, feel the earth spinning, why a pressurised atmosphere doesn’t need a container to keep it from the vacuum of space, etc. After all, ‘gravity’ takes care of all this – and they call themselves scientific. What a joke!

Then you have people are so conditioned by brainwashing to think in the way that the System wants them to think that you can’t get through to them. In that case – just LEAVE THEM. It’s not that you don’t have the answers but you just can’t get through to them. After all, when a person is hammered by the spinning ball earth each and every day for 50 years it does serious damage to their thinking!

Now, if you are one of these people, let’s take a look at another area where you can see an example of this. You might have seen a show where someone that is a professional in their field tries to help someone that has a business problem. But this person who has a business problem also has a big ego and is narcissistic. This person just will not listen to someone who is successful and follow the advice of the successful business person. You might sit there as you watch TV and shake your head in disbelief. This person might act and talk normal in other areas but where his ego is, he is totally illogical. Just leave him, don’t waste your time!

Finally, you have people who are just trolls or paid government agents who cause disruption and writes with the sole purpose of stealing your time and with the hope that it will drive more people away.

You have people who claim the ‘high ground’ that they are so wise. Read this:

For the wisdom of this world is foolishness before God For it is written, “He is THE ONE WHO CATCHES THE WISE IN THEIR CRAFTINESS”; 1 Corinthians 3:19

This wisdom is not that which comes down from above, but is earthly, natural, demonic. James 3:15

19 For it is written, I will destroy the wisdom of the wise, and will bring to nothing the understanding of the prudent.

In the Bible we read Jesus talked in parables sometimes. Jesus was asked what it meant and He told them. He told that His Apostles that it was not meant for some people to hear the message. When Jesus said this, there were Pharisees (Jews) in His presence. So, you just might have an antagonist who is not to know. Maybe God just blinded him for him NOT to know. We read about this in another part of the Bible where the knowledge of men is foolishness to God. Where the ‘wise’ of the world will not learn of God’s truth. So, be satisfied to know that they are not meant to know. Let them go their own way.

9 Whoever has ears, let them hear.”

10 The disciples came to him and asked, “Why do you speak to the people in parables?”

11 He replied, “Because the knowledge of the secrets of the kingdom of heaven has been given to you, but not to them. Matthew 13:9-11

You can usually find this out what kind of person you are dealing with by the way they interact with you. If a person is an antagonist, what I do on this website is simply mark their ‘comment’ as spam. So, when they write again they might as well be writing to a brick wall – as I will never see their posts again and it’s their time that is now wasted.

If you see a person personally, just give them some links to websites or to do a search on YouTube. And, after they did some reading/watching that you would be glad to talk to them. If they don’t want to do that, that means you’ll be wasting your time talking to them; they have already shown that they are not willing to spend the time to do research but they are willing to waste your time.

And whosoever shall not receive you, nor hear your words, when ye depart out of that house or city, shake off the dust of your feet.

Verily I say unto you, it shall be more tolerable for the land of Sodom and Gomorrah in the Day of Judgment than for that city.
Matthew 10:13-15

In other words, don’t waste your time. And there is a very practical reason for this, and that is that there are too many people who have not heard the message once that you should see.

First and foremost I'm a Christian and believe that the Bible is the inspired word of Yahweh God. Introducing people to the Bible through the flat earth facts.
View all posts by revealed4you →
This entry was posted in mind control and tagged Christian commentary, mind control. Bookmark the permalink.

1 Response to When People Just Don’t Get It