Notice:
You might see ads that are placed on this website. They don’t appear all the time but when you see them, they are a bit distracting and ugly. Unfortunately, I don’t have any control over this, as I have the free version of WordPress – though I just paid for the .org domain. Only if you have a paid hosting, such as through Host Gator, Go Daddy, etc. do you have full control if you want ads up or not.

I did get a notice from WordPress that said, “Earn money from your WordPress site.” Thought I did not elect to have it, they put ads up anyhow. I know that this might sound technical but people who make websites know what I mean. Since ads don’t always appear on the site, I guess many companies don’t want to be associated with the flat earth people, lol. Anyhow, I’ll post this notice up on the top of the next several articles so loyal readers are aware of this. Thanks for following CFEM!

Here are some flat earth questions that I read recently. I notice that the people had not really thought through what they asked.

centrifugal force? (After all, you could sit on the edge of a merry-go-round that

rotated once in 24 hours and barely feel a thing.)

Let me ask you a question. What is the diameter of the merry-go-round? What is the diameter of the Earth (as globe earthers believe)? It’s about 8,000, verses a merry-go-round that could be, say, 30 feet. There’s a big difference. If you were to have a line of people that was 4,000 miles long (using the radius), the person in the centre would move very little, while the person on the end would have to more about 1,000 mph! At that speed everything would fly off, including homes and office buildings!

Experiments have been done with water in a tank and put on a turning platform; even a at a few miles per hour the water pushes up to the side. Naturally you would not feel anything on a merry-go-round that turns once a day but on a ball that is about 8,000 miles in diameter is another story.

How do flat Earthers expect to convince me if they never answer sincere questions I ask them such as why the disc-shaped Sun doesn’t appear like an ellipse when it’s far away?

Anything on the horizon will take on a different shape because of looking through more atmosphere, which is denser at ground level verse look up. Also, you have much more radiant heat coming off the Earth which distorts images and you have more pollution particles.

Now, back to, “expect to convince me if they never answer sincere questions I ask them…” doesn’t make sense. So, in other words, you ask “someone” at “some time” on “some platform” and you didn’t get an answer, so that is your reason for excusing a whole field of science? Have you ever thought of looking that the many, many answers to the many questions that were asked by others and that were answered? That should be enough. 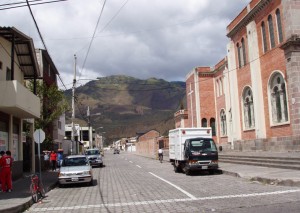 Let me ask you a question. How do proponents of the globe Earth model explain that there are no differences in odometer readings for southern driving? You might have read something to that effect and you assumed it was true. Have you ever been south of the equator? Have you ever driven there? Well, I have and I tell you from reality – there is no difference in odometer readings!