Telling Others of the Flat Earth

Telling Others of the Flat Earth 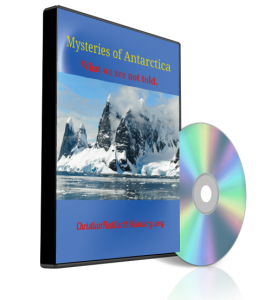 I think that one of the best ways to tell others about the flat earth is, for example, say: “Do a search on YouTube with the words “flat earth” or “Flat earth clues,” or “flat earth Eric Dubay.”

This can already be printed on small piece of paper and handed to them. This would remind them what to look up and the words to search for.

Another example would be to have a website or blog address with information about the flat earth. This will have the relative articles and videos on it.

Making your own blog is good because the address you give could have information that does not give the best arguments for a flat earth.

This method of telling others is much better than a 5-10 minute talk or a talk that you don’t know all the details of – thus, not being able to convince them. Also, in a conversation you don’t have the pictures and videos to show them – no matter how well you know the subject.

This method of sharing the truth can be applied to any topic – just have something already printed to give them. Something even the size of a business card is good – it saves cost in printing, they are less likely to throw it out and you don’t have to carry a stack of flyers wherever you go.

To start the conversation, ask a question that stirs their curiosity – don’t start out by saying the earth is flat. This same approach should used on all controversial subjects. Just start out in an inquisitive manner – if they show no interest, then don’t continue. You could say, “Some people say, ‘If the earth is a globe, why don’t you see the curve on either end of the horizon.’” Then present another unsolved mystery, such as how can gravity even keep water on a curved surface,” etc.

Keep the conversation in the third person singular, this way it’s not you saying it.

Then end it with, “I found this website talking about this crazy idea and I can’t find anything wrong with it. Maybe you can? You might want to check it out yourself.” (Then hand him the card with the website address on it.)

Is the earth really travelling 67,000 mph around the sun as astronomers say? 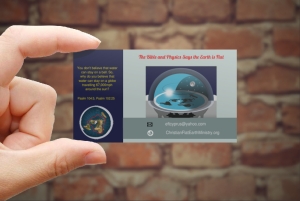 Or, you can make this card a bit better but also putting on a QR Code. This is like a bar code that people can scan with their smart phones. Once this is done, it will take them directly to the website.

I hope you have some ideas on how to share Bible truths as well as the Flat Earth truths with others.

First and foremost I'm a Christian and believe that the Bible is the inspired word of Yahweh God. Introducing people to the Bible through the flat earth facts.
View all posts by revealed4you →
This entry was posted in Flat Earth Questions, General Flat Earth Topics and tagged spreading flat earth news. Bookmark the permalink.
%d bloggers like this: