Is Gold The Best Investment To Own?

Is Gold The Best Investment To Own? 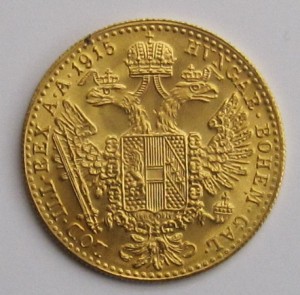 Many survivalists think that owing gold is a must in times of survival. They say that when the economy goes belly up, when the currency loses value, that gold is the answer. As a result, you have millions of people buying gold coins and bullion thinking that this would be a hedge against to inflation and a social collapse of society. So, is gold a good thing to own?

The good and bad of owning gold

There is a good side and a bad side to owning gold. The good side is, if you are in a certain situation like escaping from a country where you wealth is confiscated, then gold can come in handy.

My uncle, who was a doctor in chemistry, worked with a Hungarian. When this co-worker came to America, Hungary was under a Communist dictatorship. Since he did not own property (as most people didn’t) he had nothing to sell. If he did own property, the government would not allow the transfer of money. So, what he and his wife did was, they smuggled gold in their car as they went across the boarder. In this case, he was able to take some of his wealth with him. When he got to western Europe, he was able to sell his gold and buy what he needed.

If you are in a situation, where most people in the world today is, gold is not a good investment. Sure, there are times when gold goes up. But unless you happen to buy and sell at the right time, you will not make money and in most probability will lose money. I know, I’m talking from personal experience.

I bought gold when all the economic pundits said that gold is bound to go up; almost guaranteed to go up. Did it go up? No. It stayed stagnant for a along time, then went down. There were many other things I could have invested in but didn’t.

We are told by patriots who push gold that it would be needed and sought after when the economy crashes. So, that is why you need gold to trade for food, fuel and clothing. But is that true? I found out that this is not true from personal experience; that no one is looking for gold to trade. Those that tell you it’s the best time to own gold don’t know what they are talking about; they don’t have the personal experience.

I was in Russia on 17 of August 1998, the banking system crashed and the ruble tumbled in value. At that time I did not own gold but I had US dollars. There was not one person looking for gold or offering gold in trade. Those who still had rubles were the ones that were burnt; those who had dollars or other hard currency, were doing OK. In fact, I did quite well. I was no hoarder but just bought the things I needed. With dollars, I was able to get more roubles, while the shop keepers were selling items at nearly the same price. I was able to buy all of my necessities as I was before, and I did this without trading gold coins.

In Cyprus, there was a bank crash there, too, in March 2013. Were people asking for gold in exchange for their goods? No. the amount you could withdraw was less, but it was business as usual. There were complaints of queues at the bank. However, there were people who were hurt bad financially for the very few that had over 100,000 euros in the bank. Anyone that had more than that, the banks stole. The media called it a “haircut” but they lied, it was stealing the people’s money. In exchange they got stock in the worthless bank.

What people need when there are no jobs or when the money becomes worthless are the necessities of life – just like any other time. They offer work in exchange for what they need; they will trade what they have for what they need. Which brings me to what should be invested in.

If you invest in or produce what people really need, not only would you be providing for your family, but you will have something that the community needs. One such thing is FOOD!

When you grow your own food, you have the most valuable commodity that people need. When you have your own greenhouse, you can provide food all year long. When you go to the market place you’ll have fresh produce to trade with others. Saving the seeds means you can use them for planting next year and you can trade the seeds as well.

When you look back historically with hyper inflation and economic collapse, people needed food and will trade just about anything for it; they will do what work you need in your business for food. The people in Germany knew this when the “democratic” forces imposed austerity measures in the early 1920’s; the Hungarians experienced this under Communism in 1946.

Gold does not put food in your stomach, it does not put fuel in your car, it doesn’t cloth you, and it doesn’t keep you warm. Nearly everyone you meet in the market place during these times will be seeking food and not gold. Of course, there are other things people need but food is being used as an example here.

People who buy long-life survival food have seen their investment go up. If no collapse happened during the lifetime of the food, no problem. You eat it or trade it before it expires. And, what you should be doing during this time is, buying replacement and growing your own food.

The Bible talks about gold and some of what it says about it is bad. Gold was used in the building the Temple in Jerusalem but there will come a time when gold shall be plentiful as stones. Now, you can take this to mean two different things:

1 – a mountain of gold shall be discovered

2 – that there will not be much need for it

I feel that the latter will happen.

If you are a city dweller and can’t get out in the country, buy long life survival food; if you have some land, grow your own food and have some survival food, too. Have more than what your family needs so you can trade it for other things that you need.

You can leave the coins for the numismatist.

First and foremost I'm a Christian and believe that the Bible is the inspired word of Yahweh God. Introducing people to the Bible through the flat earth facts.
View all posts by revealed4you →
This entry was posted in media lies and tagged media lies. Bookmark the permalink.

1 Response to Is Gold The Best Investment To Own?