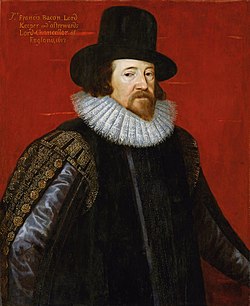 “When we consider that the advocates of the earth’s stationary and central position can account for, and explain the celestial phenomena as accurately, to their own thinking, as we can ours, in addition to which they have the evidence of their sense, and scripture, and facts in their favour, which we have not; it is not without a shew of reason that they maintain the superiority of their system. However perfect our theory may appear in our estimation, and however simple (?) and satisfactorily the Newtonian hypothesis may seem to us to account for all the celestial phenomena, yet we are here compelled to admit the astounding truth that, if our premises be disputed, and our facts challenged, the whole range of Astronomy does not contain the proofs of its own accuracy.”

“The whole of Astronomical science, so far as the stellar universe is concerned, is founded upon a false basis. This arises from the fact that the construction of the heavens in respect to the apparent arrangement of the stars in space is always erroneous, ad yet necessarily all astronomy is founded upon this suppositious situation of the stars.”

“Whoever considers aright will acknowledge, that, next to the Word of God, the most certain cure of superstition, and the best aliment of faith, is the knowledge of Nature.”

“The defence of the sacred Scriptures is today the great talk of the Christian apologist, and most of the attacks that are made upon the Bible are based upon scientific theories of some kind or other. But the Christian has nothing to do with defending the sacred Scriptures. ‘The Word of God is quick (living) and powerful and sharper than any two-edged sword, piercing even to the dividing asunder of soul and spirit and of the joints and marrow and is a discerner of the thoughts and intents of the heart,’ Heb 4:12 It is fully able to defend itself; what the Christian wants is the sacred Scriptures as a defence for him.

“To those who dwell in the secret place of the Most High, the promise is, His truth shall be they shield and buckler. Those who profess the religion of Christ need such an acquaintance with the sacred Scriptures, that they will not be alarmed least that Rock should be overturned by idle ‘scientific’ theories.”