“How long will you halt between two opinions?” I Kings 18.21 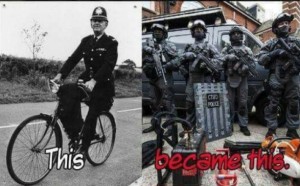 God talks about a double minded people and asked us, if God be God then follow him. If Baal be god than follow him.

In this video, the pastor gives examples of what he encounter personally, how to spot it in newspapers, and the result is produces on the people. The result is, that it makes people docile, passive and complacent. This is exactly what the haters of Christianity want.

No, Communism is not dead, the politicians are just wearing a “different hat.”

Since the time that this sermon was made (in the 1980’s) we have much more in the news where contradictions are present and the people accept them both as true! For example, you read that we have Black university or an all Black organization of some kind (theses). But then we read that such-and-such person has an all White organization (the antitheses); finally, we are told that we must accept both (synthesis), which really means we must mix our races. The result is, we have a complacent population.

It’s like showing a picture of the globe earth where the United States is small, and another one where it’s large; you show the two pictures to someone and but both are accepted as true (synthesis)!

For a little “home work” look for the Hegelian Dielectrics in the news  this week and see what you come up with.

First and foremost I'm a Christian and believe that the Bible is the inspired word of Yahweh God. Introducing people to the Bible through the flat earth facts.
View all posts by revealed4you →
This entry was posted in Bible Studies and tagged Bible and conspiracy. Bookmark the permalink.

1 Response to A Double Minded People