Note: This show has nothing to do with sex but with housewives swapping homes and bringing up other children. 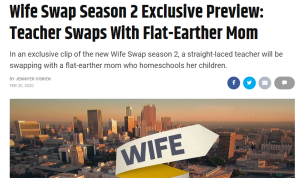 “This all-new episode shows a teacher who believes in education swaps lives with a flat-earther mom.”

This flat earther Mom also home schools her children. Maybe one reason why the children were taken out of school is that they don’t teach about the flat Earth! Of course, there are about 1000 other lies that are taught in schools and universities today, but that is another matter.

It would be interesting the show gives an unedited version of what she and the children believe in a flat Earth.

On the positive side, it shows that the flat Earth news is getting out and maybe some viewers will do research this after seeing the episode!

I don’t know if this a phys-ops or not, and that the man didn’t even go up. After all, who would be dumb enough to test if the Earth is flat by going up in his own homemade rocket; and going only 5,000 feet! Everyone knows that there is a much cheaper and safer way of doing this, and that is going up in a passenger jet. There, you can take pictures from 30,000 feet! Also, you can climb a 10,000 mountain and go twice as high as this man did.

I think that this article is to make flat earthers look dumb. Sure, a rocket went up but was it for the purpose of seeing that the Earth is flat when you can do it many other ways? Or, was it just a guy who wanted to see if his homemade steam powered rocket work and just added the flat earth bit in to discredit real flat eathers? Who knows. 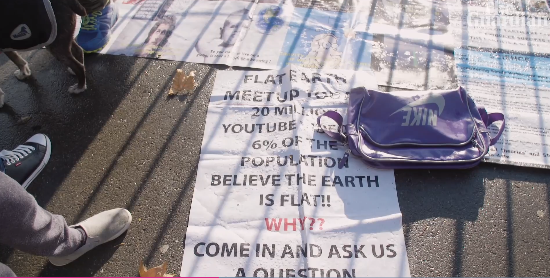 Here is a 14 minute video made by the UK Guardian newspaper about the flat Earth, where a reporter asks various people who are flat earthers about their belief. 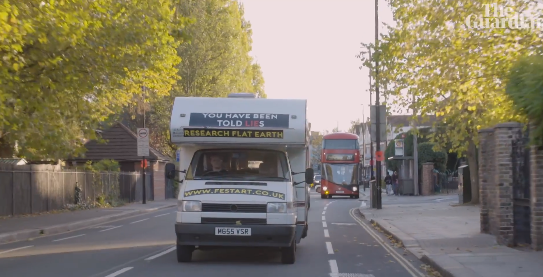 I discovered something very interesting. At about the 10 minute mark in this video, the reporter was at the Denver Flat Earth Conference and on display was a rock that was made by the guy who was being interviewed. His nickname is Mad Mike.

The reporter asked him, “What does this have to do with the flat Earth?”

“Made Mike” said, “Absolutely nothing! I just want to do a vertical launch.”

This showed the fake narrative that was given to the above news article, that just appeared the other day, claiming Mike was going to see if the Earth is flat. This video was made before his launch. In short, this is Fake News, in that we were told that he wanted to see if the earth was flat, when all he really wanted to do was be in a vertical launch!

What I wrote above, which was before I saw this video, was my thought that this article was to make flat Earth believers look stupid, and it looks like I was right!