Note: The choice of words, grammar and spelling is kept as in the original.

A “Development” or a Creation? 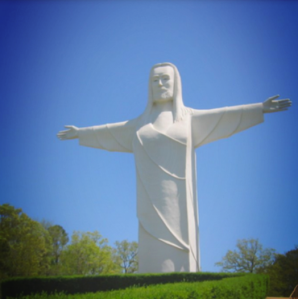 In conclusion we ought at least briefly to notice this ancient and important question. It is strictly germane to the subject yet Mr. W., I find, ignores it as a question, and quietly assumes throughout his article the unproven doctrine of human “development,” or evolution. Of course the globular theory and the evolution theory go together; they are, so to speak, cousins germane. Every evolutionist as a matter of fact is a globite or globularist; and every globite ought in consistency to be a believer in evolution. Some evolutionists stop with the physical evolution; but others, more consistent, carry the doctrine into the realm of spirit, or “mind” as well as matter.

Mr. Wallace seems to be of the latter class. As a theosophist he evidently believes in the natural immortality of the soul or spirit; which he would call the “man.” Whereas the Bible, agreeable to the facts of everyday experience, everywhere teaches that man, the real material man, though in temporary possession of “spirit” is mortal by reason of sin. At the same it sets before man “the blessed hope of eternal life” as the gift of God through our Lord Jesus the Christ. That splendid reasoner, Paul, clearly sets forth this doctrine as the peculiarity of the Gospel of Christ. He says that to them who by patient continuance in well doing seek for glory, honour, and IMMORTALITY God will render, or give, Eternal Life (Rom. ii. 7). A man does not “seek” for that which he thinks he is already in possession of; and so the theosophist, with others who may have unconsciously imbibed this pagan doctrine, refuse to come to the Christ that they may have this eternal Life (John v. 40).

The theosophist, moreover, not only imagines that his individual immortality will reach into the unending future, but he also believes that it has come down through millions of years from the dim and eternal past. In fact he claims that man is a sort of lesser god, that he does not surely die, but is slowly progressing through dreary ages, cycles, and re-incarnations towards a greater godship. Thus they not only deny the Creation as described in the Word of God, but they dethrone the Creator of the world as revealed therein; while they blindly accept the delusive promise, “Ye shall be as gods knowing both good and evil.” This phase of the subject is carefully concealed from the general reader, but it comes out near the end of the article under review. Mr. W. says that such thinkers as himself “believe that we ourselves are the SOLE and sufficient result” of the forces of this self-evolved universe. What is this but saying that men by “development” are, or may become, the only gods in existence. Thus belief in a fictitious universe leads men to set fictitious values upon their own individualities. Nature knows no such values, as many often be seen by its wholesale destruction of life both by flood and by fire; and the Bible, ever faithful to the facts of nature, and our own personal experiences, shows that because of Sin, Death at present reigns in the world; and that, at present, the Son of God “only hath immortality” (I Tim. vi. 16).

Man’s place in Nature is therefore that of a creature – a creature formed out of the dust and liable to return thereto (Gen. iii. 19). But the Gospel of the Christ comes with the glorious hope of a new Life, a new birth by a Resurrection (not a “re-incarnation”) from the dead. Compare Dan. xii. 2, and John v. 28,29. And this priceless boon is offered to anyone who will honestly obey the reasonable and necessary conditions. “For God so loved the world (this one and only world) that He gave His only begotten Son, that whosoever believeth in Him should not perish but have EVERLASTING LIFE.” – John iii. 16. And whoever honestly reads the life record of this God Begotten Son must acknowledge that He is worthy of our faith and trust.

Thanks be to God for His unspeakable gift. May every true Zetetic strive to attain thereto.

Note: Make sure you watch for my next post on this subject (theosophist) and how it’s affecting society today.

First and foremost I'm a Christian and believe that the Bible is the inspired word of Yahweh God. Introducing people to the Bible through the flat earth facts.
View all posts by revealed4you →
This entry was posted in Bible and Flat Earth and tagged flat earth and evolution. Bookmark the permalink.